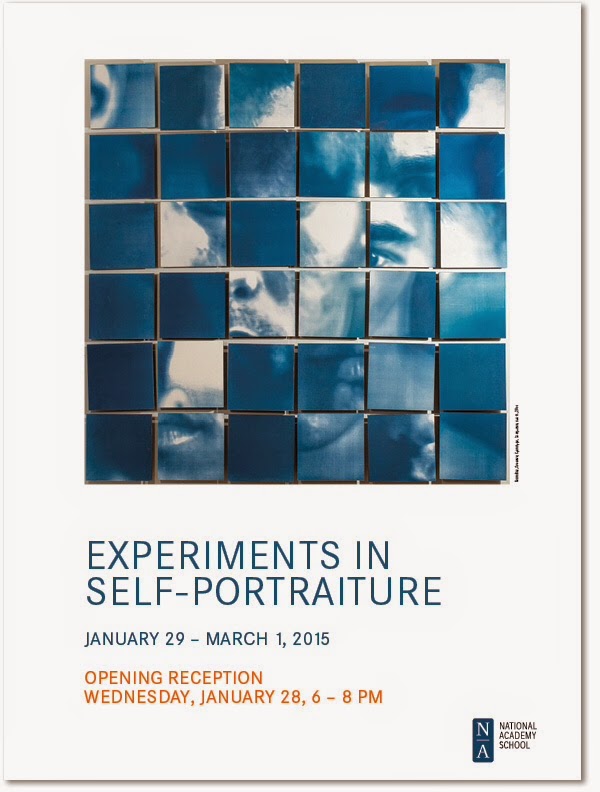 Work by Academy School artists that engages with self representation.

Join us for the opening reception on Wednesday, January 28 from 6 - 8 PM.

I think the title of this show goes well with my self portrait; for some time now I wanted to try to draw something with out having the need to use a traditional frame. So this came out of an experiment, I was working on a new sculpture, once I took it out of the mold and tried different things with it, I put it on, the strange thing was how perfectly fitted on my head, I took a few selfies and one of my favorites was the one I closed my eyes, when I looked a the picture I saw peace in my face, then I decided to draw it, it have been a while since I did a self-portrait drawing, a practice that until I did it, I didn't realize how much I missed.

I decided to cover the drawing with resin for several reasons, the first one being that it was one of the materials I used to create the sculpture, I gives the paper transparency that I think it goes well with the drawing and it does not need to frame it.